We decided since we were so close to Yellowstone to go ahead and take a trip in.  We went 3 times last summer and with the cabin being built now, I am sure we will have many more amazing trips, so instead of trying to do all the main attractions we stayed on the upper loop and did some things we’ve never done before. 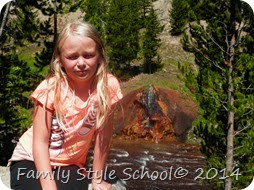 I can’t remember the name of this but it was pretty cool! 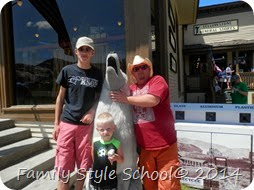 We had huckleberry ice cream in Mammoth. 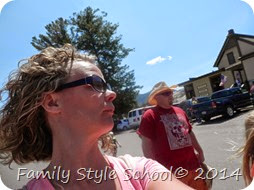 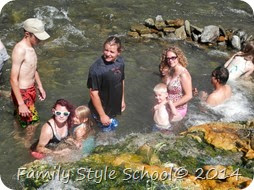 We did a neat hike and took a swim in the Boiling River. 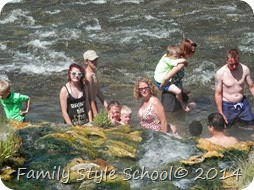 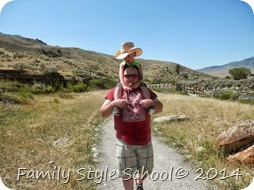 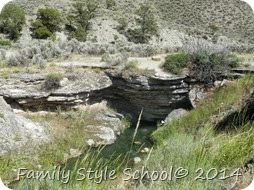 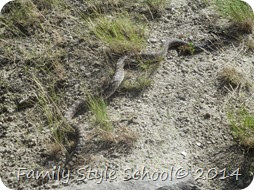 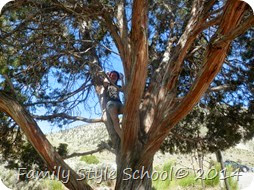 We didn’t even know that place existed and apparently it is quite popular!  We have been to Yellowstone about 10 times in our 10 year marriage and had never even heard of it. 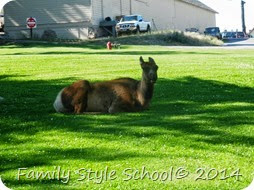 There weren’t as many elk in Mammoth as there usually is, but we did see two cow elk soaking up the shade. 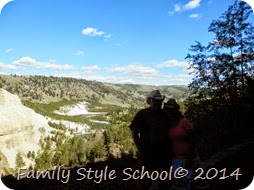 We tried to get a cool picture, but the sunlight and shade, just wouldn’t work together.


We stopped at Tower Falls and went into the gift shop while Tommy and my brother went on a hike up to the falls.  A few minutes into shopping Tommy came running in and told us there was a sow and her cubs just off the trail.  We ran out and got some great pictures.  Don’t worry we stayed far away from them and did not disturb them.   It was pretty neat.  Of the tons of times I’ve been to Yellowstone, this is only my second time seeing a bear with cubs.  Tommy was one of the first people to spot it so we got to get our pictures before it got to crowded. 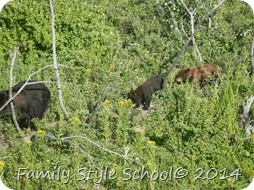 Afterword we went out to eat in West Yellowstone at a place called The Slippery Otter and it was amazing!  I highly recommend it.  Good food and good prices!