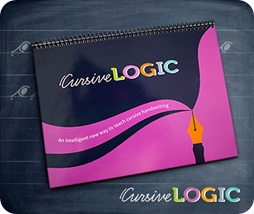 CursiveLogic was founded out of necessity. A young man, older than the average age of learning cursive wanted to learn cursive.  His reading tutor Linda Shrewsbury discovered an easier way.  CursiveLogic teaches the entire cursive lowercase alphabet in just 4 lessons.

We were lucky enough to receive the CursiveLogic Workbook to be able to use it with my high school son. Now he had already learned cursive, but it wasn’t his favorite, print was still his penmanship of choice. We knew in order to write essays for his upcoming college exams he would need to feel totally comfortable writing in cursive.

CursiveLogic uses a simple formula to teach cursive.  In just 4 lessons you will learn (or relearn) to write the entire lowercase alphabet in cursive.  Each lesson goes over one of the 4 shapes. 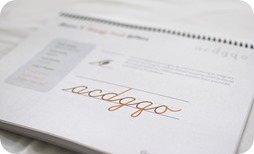 This method was born through a well educated individual. Linda Shrewsbury is the primary author of the CursiveLogic curriculum. Linda graduated from Harvard University in 1974 with a concentration in economics. In 2007, she received a Masters in International Studies from Oklahoma State University. In addition to homeschooling her own three children for 13 years, Linda has been privileged to work as a teacher and a college professor in both private and public institutions. But CursiveLogic was not born from the ivory towers of higher learning. Linda created CursiveLogic to meet the needs of one special student who simply wanted to learn to sign his name. 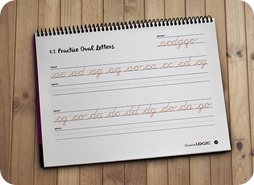 Let me tell you a little bit about the method. There are 4 basics to it.

Letters grouped by shape ― Four foundational shapes underlie the entire lowercase alphabet. Rather than teaching the letters alphabetically, CursiveLogic groups the lowercase alphabet into four groups based on the shape of the initial stroke of the letters and teaches all of the similarly-shaped letters in a single lesson.  Letters are also taught in a specific order that reinforces the pattern.  By teaching all of the similar letters together, CursiveLogic captures the natural synergy of the alphabet itself, allowing each letter in the series to reinforce the proper formation of all the others.

Verbal task analysis — Students learn a simple, rhythmical chant that describes the path of the writing instrument as the letter shapes are formed.  The process of verbally describing a motor task while performing it aids the acquisition of new motor skills. 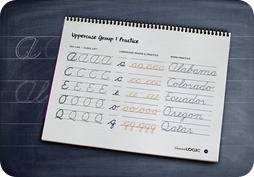 Now, with my son already having learnt cursive.  We planned on using this as more of a review and to up his comfort level in writing in cursive.  I originally wanted him to use this workbook daily.  Once I saw it and we began he only ended up using it about twice per week. His cursive has improved so much in just the first two weeks of using it.


Our thoughts and feelings:

I asked my son what he thought.  He said that it takes the pressure of remembering each letter and trying for perfection. You practice the 4 shapes and get those down and you can write any letter with ease.  He said that it focuses his mind on what shape he should be writing instead of what letter he is writing and that makes him feel like he can think more clearly.

As you can imagine with all the controversy over continuing to teach cursive they stand on the side of keep cursive alive!  Join them in their crusade to keep cursive.