In the little town we were in they have a fireworks show.  They light the fireworks from an island on the lake.  In years past we have all lined our chairs up in the middle of the road out in front of the cabin and watched.  This year my cousin brought up her boat.  So we decided to go and watch them from the lake.

This was the sunset we saw when we got to the lake. It was a beautiful purple. 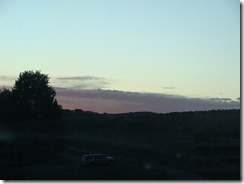 We saw lots of people fishing for crawfish! They were catching some big ones as well. 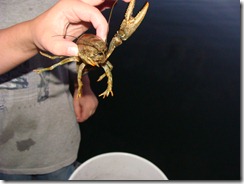 We got loaded on the boat and set out toward the island. 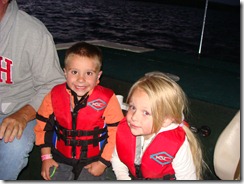 I decided to play with my camera while we were waiting for the show.  I slowed down the shutter speed in order to take pictures of the fireworks.

I practiced with it on the light on the back of the boat.  I moved the camera while it was taking the picture.  After I realized just how cool this was I decided I would try to write letters in the air.  This was supposed to be an a.  It looks more like a p to me. 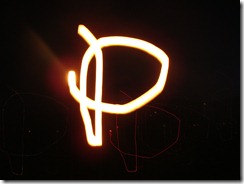 My next try at an a. 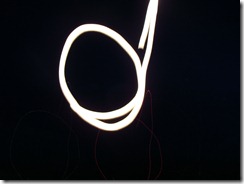 Trying it out with a star. 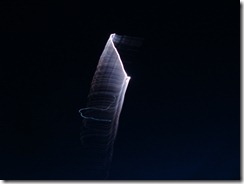 So I just know that this would make some amazing firework pictures if only I hadn’t played with my camera until the battery died.  UGHHH!  Oh well.

I know they were spectacular!