Tommy at the Science Fair!

Tommy decided to enter in our local science fair.  We had been doing a study on composting from Science Weekly, and you can see my post on that here.

He did the lab from Composting Level E. 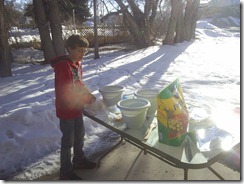 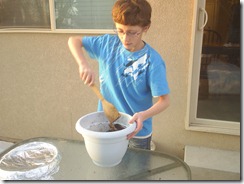 He did run into some problems, one night some animals got into the stuff, and he had to add in additional food scraps,  and create a way to keep them safe.  He used a long board and put a heavy rock on it to keep out any more animals. 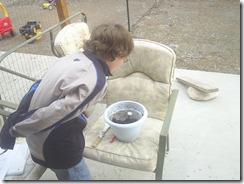 Here is Tommy checking the temperature.  He did that twice a week and documented it along with the smell and appearance of each bucket and documented it on a spreadsheet he had made.  He did determine that the bucket that composted the fasted was the wet, stirred one. 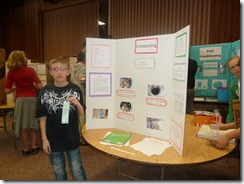 Tommy won Honorable Mention!  We are so proud of him!

This was a really neat experience and Tommy said he is already thinking about what he is going to do next year.