40 days of moving while homeschooling…..through the holidays. {Day 35}

After the weekend I had not getting too much done in the way of moving or around the house, I declared a cleaning and packing day.

I decided once a week we would take the day off school (just until we move) and spend the day packing and cleaning our house.

We did a basic clean.  Actually a pretty good clean.

We spent a big chunk of the day talking on the phone with the real estate agent and a loan officer.

We began packing some stuff in storage closets.  You know my big closet that often looks like this: 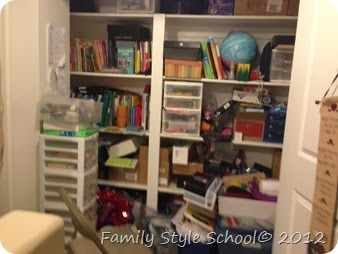 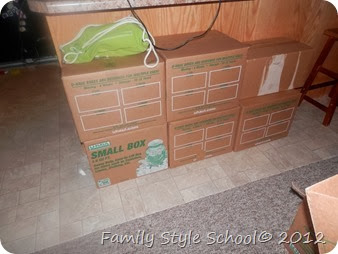 I also began having the kids pack up a few items from their room that they won’t need until after the move. 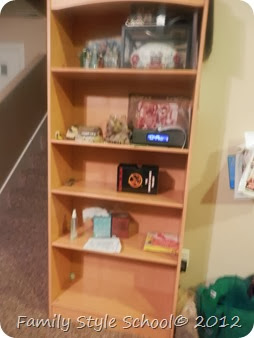 We went through boxes much faster than I thought we would.  We had to climb back down in the crawl space to get more boxes.  We did get quite a bit packed and now it feels claustrophobic in my house. However, progress has been made. 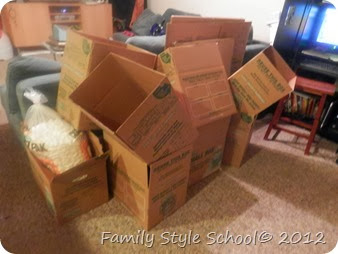 Katey had a final dress rehearsal for her play.  So we went to that and the costumes were a huge hit!  YAY!!

I had to go to the grocery store and get some hamburger meat for my meal making that night.

I spent the night making 10 lasagnas.  I have a freezer meal exchange with a group of ladies I know on Wednesday.  We were exchanging 6 meals, but I went ahead and made 10.  We ate one that night and I froze the other 3 for me.  I figured, while I was at it, why not. 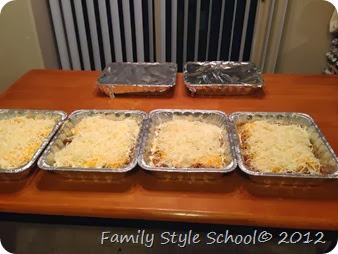 My husband and I discovered the whole Bit Strips app and stayed up too late playing around on that. 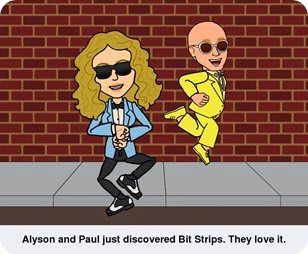 The next day I spent like this since I had to work at 6am. 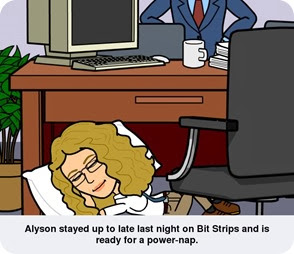 Email ThisBlogThis!Share to TwitterShare to FacebookShare to Pinterest
Labels: Moving while homeschooling