This was a big week for us.  Our first week of school!   Emily is using the Prairie Primer this year, a literature study guide based around the Little House on the Prairie series.

She began reading Little House in the Big Woods and doing activities surrounding that each day. 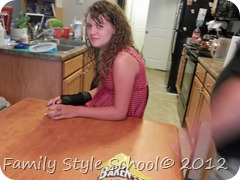 She got to try “cracklings”.  No one in the family was a fan of these. 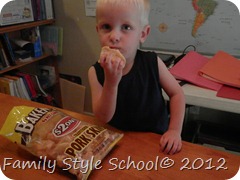 She made some delicious homemade butter. We used whipping cream, salt and cinnamon to make cinnamon butter.  It is really good spread on toast and waffles. 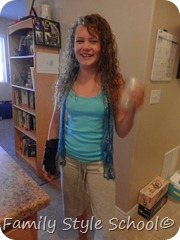 She learned about the density of liquids in a neat science experiment, which is one we have done before.  She loved it so much, she wanted to do it again. 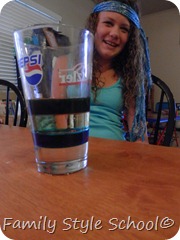 A really fun time consuming project she has had this week is learning about Owls and dissecting an owl pellet.  My husband said he could believe that I paid money for puke.  LOL. 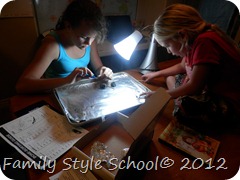 I made this portable dissection station for her to use, knowing that this would take some time.  I just took an old cookie sheet and covered it with tinfoil.  This way she has been able to work on it in sections.  She is quite a way through it but still not done.

There is a VERY NEAT VIRTUAL OWL DISSECTION which I had her complete as well. 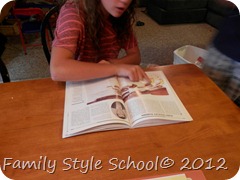 She learned about the history of guns as well as gun safety.  I had her take the gun safety course online (about 20 minutes) from IHEA.   We are also a gun owning family, we go over gun safety often with our children.  We took this as another opportunity to go over it. 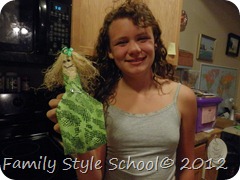 Emily made her corn cob doll.  She doesn’t really play with dolls, but she is mighty proud of this one. 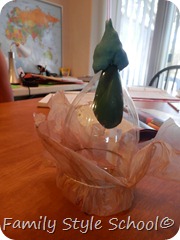 She learned quite a bit about the lungs we used the book Look at Your Body: Lungs.  We did a really neat lung experiment.  She showed a bunch of her friends this and explained how our lungs worked to them. That was a neat moment for me. 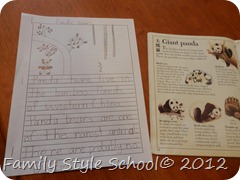 When it came time for her to do her bear report she asked if she could do it on a Panda Bear since she had already learned so much about Brown Bears and Grizzly Bears in our recent trip to Yellowstone.  Of course, I let her.

We are now in week two and it is less hands on than week one.  She was so excited to start Prairie Primer all summer and I am glad it is living up to her expectations.

I'd love it if you'd link this up to the Little House link-up on my blog - all the linked posts go onto a Pinterest page too so we can connect with other Little House fans.

Isn't this unit study just so much fun! I was totally cracking up over your husband's owl pellet comment :) We collected some, but haven't got around to dissecting them yet. You're inspiring me!